HotDocs for Schools…  Screening in the Library at 3:15 today…

”The function of writing is to explode one’s subject — transform it into something else. (Writing is a series of transformations.)”-S.Sontag

One week to go before E.S.Say closes shop for the year and we send the book out to be published!

The Hot Docs Film Festival has officially begun as of today, April 23rd.

The ESA Library is pleased to co-present the following HotDocs for Schools films:

In honour of this, the birth (and death) day of William Shakespeare, The Guardian has published a feature titled The Ten Best Shakespearean Insults.  Enjoy. 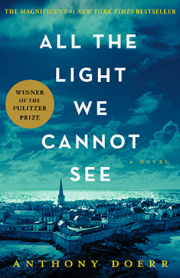 Congratulations to Anthony Doer and All the Light We Cannot See…  the winner of this year’s Pulitzer Prize for Fiction.

The ESA Library is the proud owner of not one, but two, copies of this wonderful novel.  One of them is currently available.  Pop in and check it out.

If you’re looking for another “winner” – literally – then do also check out Richard Flanagan’s The Narrow Road to the Deep North, this year’s winner of the Booker Prize…  also set against the backdrop of WW2.

The Library has HotDocs tickets for members of the ESA Community.

Tickets are available for the following screenings:

If you are interested in any of these tickets, please complete this Google Form to tell us why you should be the lucky recipient.  Please respond by no later then the end of the day on Thursday April 23rd to be considered in our deliberations.

The Library will be closed after school today for a meeting.

There will be limited access to the Library Computers – and Room 217 – during a number of periods this week.  Classes are booked in during many periods in order for students to complete the TDSB School Climate Survey.

Any questions about the School Climate Survey should be directed to VP Cruikshank.